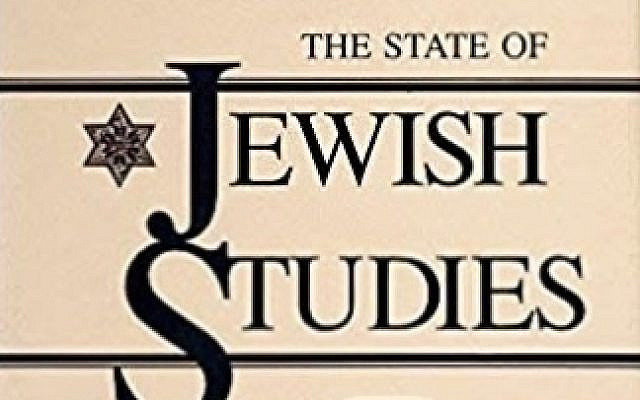 You may think your child’s college courses that are part of a Jewish Studies program are protected from the antisemitism that permeates college and university campuses throughout America.  I have some bad news.  On college and university campuses across the country, there are Jewish Studies professors who are actively promoting an antisemitic narrative by actively campaigning against the most important definition of antisemitism ever established.

The International Holocaust Remembrance Alliance (IHRA) has developed a definition of antisemitism that has been widely adopted by governments and organizations around the world, including the United Kingdom, Canada, France, and Germany.  This definition was developed with thoughtful debate and compiled at a plenary session in May of 2016.  Some key examples of antisemitism developed at this session include:

Reasonable examples, right?  Not according to some Jewish Studies professors.  Their argument, supported by a recent petition signed by 122 Arab and Palestinian activists, claims that these examples of antisemitism harm the recognition of Palestinian rights and stifle criticism of Israel. Jewish Studies professor and President of the Board of the highly controversial New Israel Fund, David N. Myers, wrote a piece in The Forward stating that the signatories of this petition have a right to weigh in on the definition of antisemitism. In his article, he attempts to demonstrate a balanced point of view in the beginning by acknowledging that most Jews have strong and positive connections to Israel, but then gives credence to groups that practice a controversial form of Judaism; groups that deny a modern, secular Jewish state. Myers fails to mention that those same groups also recognize that Jews are indigenous to Israel and believe we are obligated to return to Israel, but only as a purely religious state with a question on the timing.

In his article, Myers goes on to share an anecdote about one of his students in the US who has never visited Palestine (or Israel), yet is of Palestinian heritage.  Myers then compares the conditions that Palestinians live under in the West Bank, which is under the Palestinian Authority’s governance, with conditions in the Jewish settlements in the West Bank, which are under Israeli governance.  This is like comparing the conditions of communities in San Diego with conditions of communities in Baja California – these communities are under two completely different governments as dictated by the Oslo treaty.  Then Myers mentions an attorney who has decided that the disparities in these communities are proof of apartheid, when technically it isn’t.  The Palestinian Authority alone decides how they prioritize and fund employment, health care, education, commerce, sanitation services, road improvements and infrastructure, zoning, and other practical issues that affect the daily lives of Palestinians and are the primary factors for the conditions under which the Palestinians in the West Bank live.

Myers’s article is an incongruent and incoherent attempt to appear balanced in acknowledging the Jewish connection to Israel while simultaneously rejecting that connection, being concerned about protecting Palestinian activism, and finally moving to irrelevant anecdotes to launch the “apartheid” missile at Israel.  So lazy and so typical.

I tried to find the logical path of reasoning in Myers’s article that provided evidence and support for his assertion that these Arab and Palestinian activists have the right to weigh in on the definition of antisemitism, but Myers failed to provide it.  The petition, and Myers’s article, specifically take issue with the “denying the Jewish people their right to self-determination, e.g., by claiming that the existence of a State of Israel is a racist endeavor” example included in the IHRA definition.  However, if you read it closely, the petition writers, and by default Myers, change that sentence’s meaning to claim that anyone who attributes racism to specific policies of Israel’s government would be guilty of antisemitism and that is just not the case.  That is not what the IHRA definition says.  The IHRA definition clearly states that to call the existence of Israel as being a racist endeavor would be antisemitism, but it distinctly does not claim that attributing racism to specific policies of the Israeli government as being antisemitism.  Huge difference.

There is nothing in this petition that viably demonstrates the IHRA definition of antisemitism is damaging to Palestinians.  One can campaign for Palestinian rights without crossing any of the lines in the examples provided if you are legitimately arguing for Palestinian rights and not just attempting to engage in demonization of the only Jewish country on the planet and deny and erase the Jewish connection to the land.

What’s also interesting is the sole focus on the one Jewish country on the planet, yet individuals and organizations who advocate for Palestinian rights have largely been silent about Jordan, Lebanon, and Syria, all of which have been maintaining Palestinian refugee camps for 72 years and refusing to absorb Palestinians into their societies by giving them equal rights or citizenship, which of course falls under the second example provided by the IHRA of “applying a double standard” to Israel.

Jewish indigeneity does absolutely nothing to harm the cause of Palestinian rights.  Jews ARE indigenous to the Levant.  Palestinians are human beings with the right of self-determination.  Both statements are true.

And sorry, not sorry, but Hanan Ashrawi does not have the right to weigh in on the definition of antisemitism.  Ever.  And anyone who would claim she does is not considering the safety or well-being of Jewish students.

And so I can’t be accused of the same incongruity, I bring you back to my article’s title.  In addition to being the Board President of the controversial New Israel Fund, David N. Myers is a professor of Jewish history at UCLA and director of the UCLA Luskin Center for History and Policy.  He is in a position of authority and high visibility.  He has peers in similar positions in Jewish Studies departments around the globe that share his views.  These professors would be considered scholar-activists; professors who purposefully use their tenured positions at colleges and universities to promote a specific agenda that they believe is righteous.  The problem is, their objective then shifts from education to indoctrination and the wide acceptance of the scholar-activist within academia lends legitimacy to that shift.  And, their “righteous beliefs” may not necessarily be rooted in fact or righteous at all.

Which takes us to the main issue —Myers is also on the coordinating committee of a collective of Jewish Studies professors that call themselves the “Jewish Studies Activist Network” or JSAN.  This little-known, but powerful group has enormous influence among Jewish Studies professors where they organize as activists to issue statements about political topics and engage in direct action initiatives.  While everyone is entitled to their opinion, and frankly, everyone is entitled to participate in activism outside of their professional environment, this crosses the line and establishes their Jewish Studies departments as vehicles for activism, both inside and outside the classroom.  Specific platforms are established and there is no tolerance for dissent.  The hive mind of the “Jewish Studies Activist Network” organizes petitions, letter-writing campaigns, and encourages its members to write articles using their professional credentials on specific topics in a clear attempt to flood media outlets with a cohesive opinion that seems random.  Their views are extreme and fall far outside mainstream Jewish views.  Individually and collectively, they support the right of people to engage in the BDS movement, despite knowing that the goal of the BDS movement is Israel’s destruction.  The fact that they collectively organize, discuss, and promote specific agendas as a collective of professors with zero oversight is disturbing.  There already exists a professional organization of Jewish Studies professors called the Association of Jewish Studies that has policies, by-laws, a system to address grievances, and oversight.  They have conferences, engage in professional development, generate resolutions and ethical standards, and have made uncontroversial statements against Trump’s Department of Education curriculum meddling, academic boycotts, racism, hate, harassment, and discrimination.   But they’re not radical and JSAN is.

As far back as December of 2019, long before these 122 Arab and Palestinian activists signed their petition, Myers’s group of Jewish scholar-activists weighed in on the IHRA definition of antisemitism to voice their vehement opposition.  You can see almost identical language in this article by the Director of the Elie Wiesel Center at Boston University, an opinion that I believe would horrify the late Elie Wiesel.  This is in spite of the fact that mainstream, mostly liberal organizations like the Anti-Defamation League and the American Jewish Committee endorsed Trump’s executive order encouraging the adoption of the IHRA definition of antisemitism.  This article in the Michigan Daily provides some great information on JSAN and the IHRA definition.

I have so many questions.  Are people like Myers entering the field of Jewish Studies with a specific goal of influencing the narrative and being activist professors instead of just teaching facts and allowing students to come to their own conclusions?  What’s going on in these classrooms?  Were these professors indoctrinated by the professors they learned under and this is a snowball effect?  Is this comparable to the If Not Now plot to infiltrate Jewish summer camps by getting jobs as counselors to target children and promote an Israel-hating agenda, but at a much higher level?

I think it is extremely important for Jewish Studies departments to be aware of the ideological beliefs of the professors they hire.  Every article they’ve ever published should be read.  And the Association of Jewish Studies should re-examine how their core values and ethical standards are at odds by allowing this from their members, since these positions are most certainly not “building bridges with the Jewish community.”  Jewish students deserve to have a safe environment to study their own heritage without being subjected to revisionist history and self-loathing masquerading as pro-Palestinian activism.  The level of antisemitism on specific campuses weighs heavily in the decision Jewish parents make when considering where they want to send their kids to college or university.  These parents may look at the existence of a Jewish Studies department on campus as an indication that the college may have less antisemitism, when sadly, not only is this not guaranteed, but it may, in fact, have more.

The positions that David Myers and the others in JSAN take on issues, as evidenced by their letter archive and articles written by the individuals listed as their coordinating committee, that result in the perpetuation of attacks on Jewish students, both physical and verbal, at college campuses, are not lofty or righteous and have no place in Jewish Studies departments.  From my understanding of their statements, they opposed the Trump Executive Order that encouraged the adoption of the IHRA definition of antisemitism, in part, because of the focus it puts on Jews, which they feel will cause more violence against Jews.  So if we blend in and fly under the radar, we’ll fare better?  That hasn’t worked very well in the past, has it?  They’re mired in the antisemitism that holds Jews to higher standards, denies Israel’s right to protect its citizens, and considers attacks on Israel’s legitimacy as punching up (unless those doing it are white supremacists).  Their commitment to these beliefs force their own students to adopt their points of view, suffer, or quit because these professors are actively advocating against them.

Most of us are familiar with the quote by Rabbi Hillel that inspired the name of the antisemitic group, If Not Now.  The entire quote is, “If I am not for myself, who will be for me?  If I am only for myself, what am I?  And if not now, when?”  This is a hierarchal order of priorities established by Rabbi Hillel and sadly, these Jewish Studies professors have forgotten the top priority.  And Jewish students suffer.