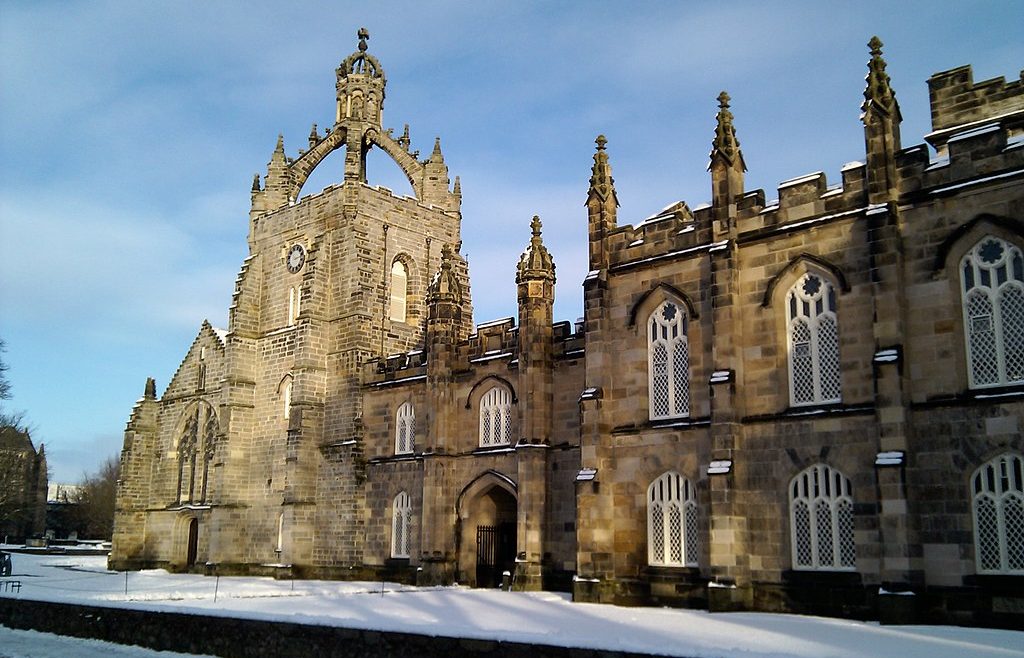 Scottish communal leaders have reacted angrily after Aberdeen University rejected adopting the IHRA definition of antisemitism in favour of an alternative version.

After a two-year consultation, the university has adopted the Jerusalem Declaration of Antisemitism (JDA) instead of  International Holocaust Remembrance Alliance (IHRA) guidance, claiming the later impacted on freedom to criticise Israel.

At one meeting of a task force held to discuss the definition, supporters of the JDA cited “recent high-profile cases which had resulted in academics losing their jobs” – an apparent reference to the dismissal of Professor David Miller from Bristol University.

Claims that IHRA had been “weaponised in the sector” were also raised at the same meeting.

The decision to adopt  the JDA definition – which stressed that evidence-based criticism of Israel as a state is not antisemitic –  ignored an earlier recommendation by the institution’s race definitions task and finish group who proposed in May 2021 that the IHRA definition should be adopted, according to a report by Scottish online publication The Ferret.

Condemning Aberdeen’s decision to adopt the JDA a spokesperson for the Scottish Council of Jewish Communities said: “If the critics of the IHRA Definition (originally devised by the EU Monitoring Centre for Racism and Xenophobia) had taken the trouble to read it, they would see that far from ‘defining antisemitism as any critique of the state of Israel’, it explicitly says the opposite – the second paragraph begins ‘criticism of Israel similar to that leveled against any other country cannot be regarded as antisemitic.’

“Unfortunately however there is no shortage of antisemitism of all kinds on campuses, and universities and their staff should be at the forefront of stamping it out.

“If they claim to oppose racism but tolerate antisemitism of any kind, they are simply proving David Baddiel’s thesis that ‘Jews don’t count’ and indulging in second-order antisemitism.”

Further concerns about adopting IHRA had been heard at a meeting of the  university’s senate in September 2021, with claims it “impinged too heavily on academic freedom and the work of academics”, according to a report by Scottish online publication The Ferret.

As a result of these concerns, the IHRA recommendation was withdrawn amid claims the JDA provided “a fairer and clearer definition and set of guidelines.”

Amongst those to welcome the  move was the Aberdeen branch of the Scottish Palestine Solidarity Campaign who said the decision “sent a clear message of political impartiality and opposed the undermining of academic freedom to expose human rights abuses.”

Amongst the most enthusiastic backers of the JDA have been the pro-Jeremy Corbyn group Jewish Voice for Labour, and supports of the BDS movement.

A spokesperson for Aberdeen University confirmed:”Working with the Aberdeen University Jewish Society and the Palestinian Society, University Senate and other staff and students, it was agreed that the university should adopt a definition of antisemitism to support its Jewish community but that wider options than the IHRA definition should be considered.

“Further consultation indicated that the JDA definition was the preferred option, noting that it offers a clear and fair definition which protects critical open debate.”

A spokesperson for Universities Scotland said: “There is no place for antisemitism in Scotland’s universities. There is no place for faith or race-based hate, discrimination or harassment of any kind in Scottish higher education. All institutions have policies in place that prohibit antisemitism and provide for disciplinary sanctions in cases where it occurs in the university community.”