Bears for Palestine thinks it's appropriate to hold a gala in honor of an intifada. 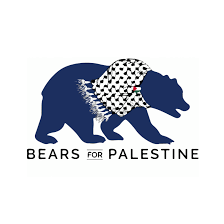 Bears for Palestine, a University of California Berkeley student organization, hosted their fifth annual gala this past semester. The gala was “in honor of the Unity Intifada”—the latest in a series of violent Palestinian uprisings against Israel. To honor an intifada disregards the violent history of past intifadas, downplays the trauma and impact they have had on Jews in Israel and around the world and trivializes the lives of the thousands of civilians they have killed.

The First Intifada started in 1987 and lingered over the years in fits and starts; the Second Intifada lasted five years, from 2000-05. More recently, Palestinian terrorists have led intifadas tied to specific forms of violence. The “Knife Intifada” of 2015 and the “Unity Intifada” last May are prime examples.

The “Unity Intifada” began in May 2021 when Palestinian leaders called upon Israeli-Arabs and Palestinians in eastern Jerusalem to riot and attack Jews. Amid a rise in tensions in Jerusalem over a civil property dispute in the Sheikh Jarrah neighborhood, the spread of Palestinian Authority commissioned propaganda on social media and the cancellation of elections by Palestinian Authority leader Mahmoud Abbas, Palestinian violence erupted throughout Israel, the West Bank and Gaza.

Jewish-Arab violence spread throughout the country, particularly in cities with large Arab populations. For the most part, it was Arabs who carried out the violence. Radical Arab rioters looted 386 Jewish homes and damaged another 673, set 10 synagogues and 112 Jewish homes on fire, threw rocks at Jews on 5,018 occasions and set 849 Jewish cars on fire. Although much less frequent, violence against Arabs was also carried out by Jewish extremists, with 13 Arab homes damaged and 13 Arab vehicles set on fire. Moreover, during the escalation of violence, Hamas, the internationally-recognized terrorist organization that controls Gaza, indiscriminately fired more than 3,500 rockets into populated areas in Israel. Fortunately, over 90% were intercepted by the Iron Dome defense system.

Unfortunately, this was not the first instance of widespread violence against Israeli civilians. In the First Intifada, Palestinians carried out 3,600 Molotov cocktail attacks, 100 hand grenade attacks and 600 assaults with guns or explosives targeting soldiers and civilians alike. Terrorist attacks became widespread with 200 Israelis killed.

It is unacceptable to celebrate the death of innocent civilians. As shown above, intifadas have not been demonstrations of peaceful resistance, but terror campaigns aimed at the murder of innocent people. Intifadas have become synonymous with violence against Jews, not just in Israel but across the globe. This was true in particular during the “Unity Intifada.” While violence flared up in Israel, violence and hate crimes against Jews rose to near-unprecedented levels in the United States. Calls for “intifada,” which we hear constantly on campus, were answered. Anti-Semitic rhetoric spiked on social media, synagogues were vandalized, and Jews were harassed and beaten up in the streets. The association between the “Unity Intifada” and the anti-Semitic attacks across the globe makes one thing clear—the ultimate goal of any intifada is to harm Jews, wherever they may be.

Amir Grunhaus is an undergraduate student at the University of California Berkeley, where he is the president of Tikvah: The Zionist Voice on Campus.

Bears for Palestine thinks it's appropriate to hold a gala in honor of an intifada.