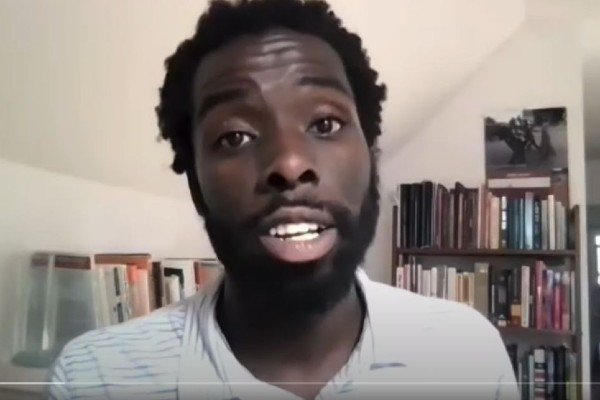 Toronto Jews are demanding to know why Israel-bashing author and activist Desmond Cole was hired by the Toronto District School Board to address 600 teachers after his discussion on anti-black racism devolved into an anti-Israel rant, the Toronto Sun reported.

In his address, Cole argued that people who are disturbed by the phrase ‘Free Palestine’ have an interest in continuing what he described as Israeli oppression.

In a clip from the address that was posted online, Cole said, “If people interpret ‘Free Palestine’ as being violent, it is because they are benefitting from Palestinians being unfree.”

“In the same way, if you answer “Black Lives Matter’ with ‘All Lives Matter,’ you must have some investment in black lives being undervalued,” he added.

According to the Sun, Cole also tied the Israeli-Palestinian conflict to Canada’s ongoing debate over reconciliation with its own First Nations population. He argued that discussion of Canadian-First Nations rapprochement can’t take place without first addressing Palestinian freedom.

And on Wednesday, Canada’s Federal Court backed a human rights tribunal ruling that the federal government pay indigenous Canadians billions of dollars in compensation for years of welfare discrimination.

On Sept. 30, Canada also marks its first National Day for Truth and Reconciliation.

“The reason [the Israeli-Palestinian conflict] relates to our country and conversations about racism is because the fact that Palestinians do not have sovereignty on their own land is an issue of settler colonialism,” Cole said. “And if we’re going to challenge settler colonialism and residential schools and graves near those schools in Canada, we are going to also acknowledge that other people in other parts of the world are not free on their own territories and want to be free.”

The Sun also reported that Cole interrupted executive superintendent Shirley Chan and superintendent Lorraine Linton when they tried to question him and get his address back on track.

Cole later claimed on Twitter that school board staff “were directed to interrupt me by their superiors,” adding, “staff interrupted two of my presentations with what sounded like scripted talking points”.

The school board moved quickly to distance itself from Cole afterwards.

“It is clear that we should have done a better job in challenging any assertions that were hurtful or discriminatory,” said board spokesman Ryan Bird. “The TDSB does not support hate of any kind and we apologize for the harm that may have been caused.”

It wasn’t clear how much Cole was paid for his time. (United With Israel)