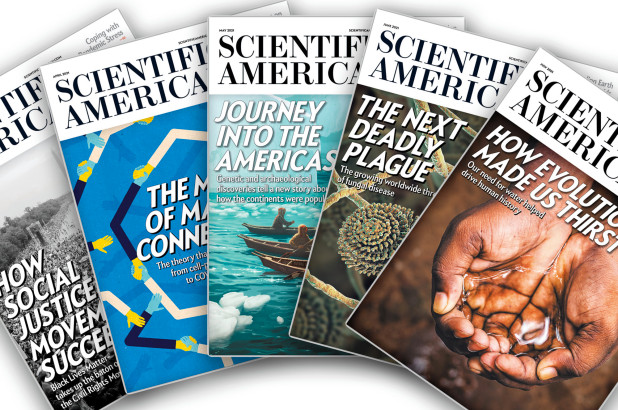 The screechy diatribe accused Israel of “vaccine apartheid” and “war crimes” among other alleged abuses. The piece blasted “Israeli settler colonial rule” and called on US health care and academic institutions to condemn “long-standing oppression” against the Palestinians and adopt the Boycott Divestment and Sanctions campaign against the country.

The opinionated screed was swiftly retracted after the magazine received a letter from three Nobel Prize winners and 100 other scientists calling out the article.

“While purporting to be a scientific statement about public health, the paper addressed important historical and political issues superficially, inaccurately, and prejudicially. In reality, the piece is a call for activism that, in our view, is unsupported by the facts.”

The missive was signed by a number of influential New Yorkers, including Edward C. Halperin, chancellor of New York Medical College.

“I have been on editorial boards for so many years. You can have differences of opinions, and you can even challenge facts, but it’s quite another thing to completely falsify a fact. So that is what I objected to in the article,” said Stanley J. Robboy of the Duke Cancer Institute, who co-wrote and sent the letter.

Among the biggest sticking points were the article’s failure to note that the 1993 Oslo Accords tasks the Palestinian Authority to provide health care services to its people. The same agreement also prohibits Israel from providing care unless asked by the Palestinian Authority. The authors also noted that “the writers of the opinion piece ascribe no agency to Hamas and attribute no responsibility to them for any actions taken.” A sentence describing Palestinian casualties failed to note how many of them were in fact Hamas fighters.

The venerable magazine is owned by English-German publishing house Springer Nature — which did not respond to requests for comment.

It’s unclear how the article ended up being published. In an email to Robboy and Halperin, Scientific American editor Laura Helmuth said the magazine would be “revising [their] internal review processes” but declined to offer specifics.

Just two days after the now-retracted article was published, the magazine also published a similar opinion piece decrying the “mental health crisis” in Gaza. The article took aim at “recent bombings by Israel” but did not mention Hamas, the terrorist organization that rules the territory and has precipitated the most recent violence.

Sunya Bhutta, a senior editor at the magazine, has tweeted the slogan, “From the river to the sea, Palestine will be free” — widely taken as a call for the destruction of Israel. She is also a public supporter of the Boycott, Divestment and Sanctions movement, which has been widely condemned as anti-Semitic.

Helmuth told The Post that Bhutta had not been involved in the story.