Row over demand to untwin Bournemouth from Israeli city

Pro-Palestinian campaigners lobby for Bournemouth to de-twin from Netanya, but town hall officials say they have no plans to. 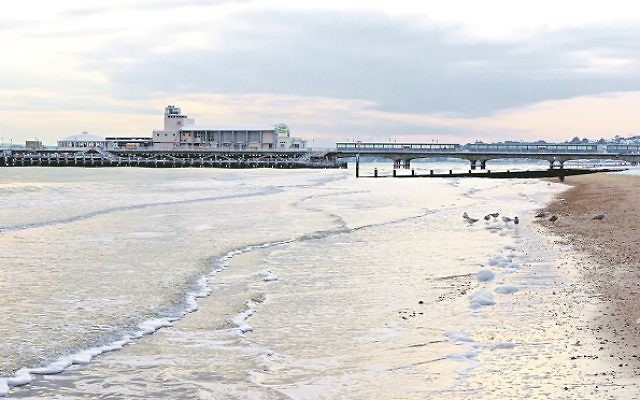 A row has broken out over efforts to un-twin Bournemouth with the Israeli city of Netanya by pro-Palestinian campaigners.

Bournemouth and Netanya, a resort city in central Israel, have been ‘twinned’ since 1995.

Bournemouth’s branch of the Palestine Solidarity Campaign aim to get ten percent of the population of Bournemouth, Poole and nearby Christchurch to sign a petition backing the severing of ties in protest of what they call Israeli apartheid.

But a counter-petition has accused campaigners of spreading lies about Israel.

In a video posted online, PSC activists said: “We’re running a campaign and a petition, which we are trying to raise ten percent of Bournemouth and Christchurch’s population, in order to take this petition down to the square and put it on the mayor’s desk.

“We don’t think that such a lovely place as Bournemouth should be associated with war-crimes, ethnic cleansing, and genocide.”

A counter-petition to town hall bosses urging them not to take the step posted online yesterday has since reached 250 signatures.

“The attempt to “detwin” Bournemouth from Netanya, on grounds of ‘apartheid’ is based on a lie,” it states.

“Israel is a multi-ethnic state in which Arabs and Jews have equal rights according to the Basic Law, including the right to sit in the Knesset (Parliament), Arabic is taught in all schools and government policy is to increase Arab Israeli participation in higher education and the  civil service and to ensure equal access to health and housing services.”

However, town hall officials said there were no plans to detwin.

A spokesperson for Bournemouth, Christchurch and Poole Council told Jewish News: “We can confirm there are no plans or conversations taking place to de-twin with Netanya in Israel.”

Row over demand to untwin Bournemouth from Israeli city

Pro-Palestinian campaigners lobby for Bournemouth to de-twin from Netanya, but town hall officials say they have no plans to.