Protesters call on Boston police to withdraw from Israel trip 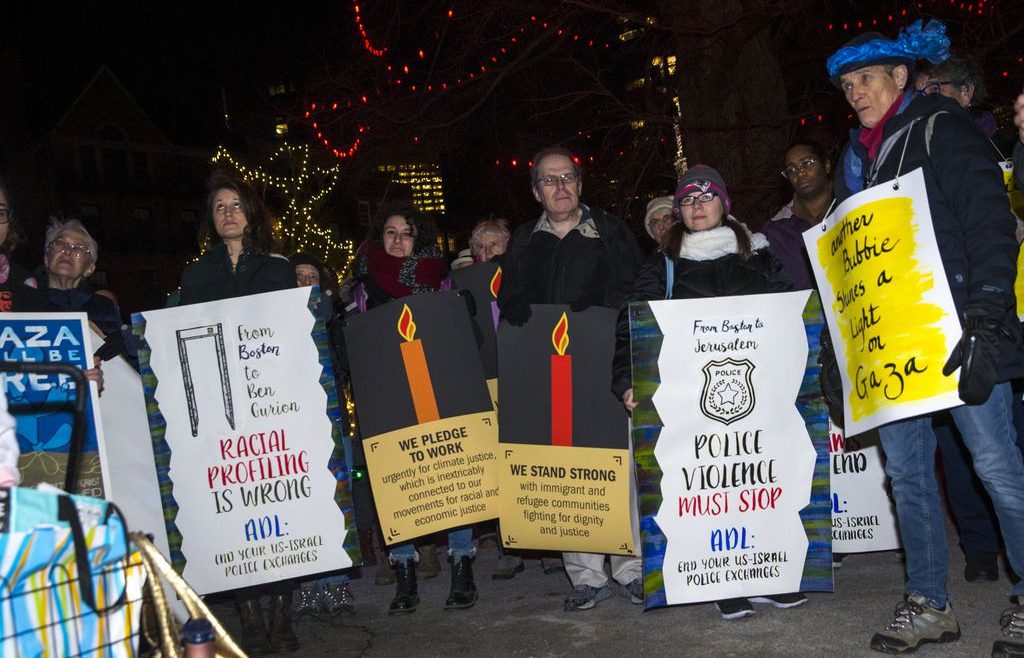 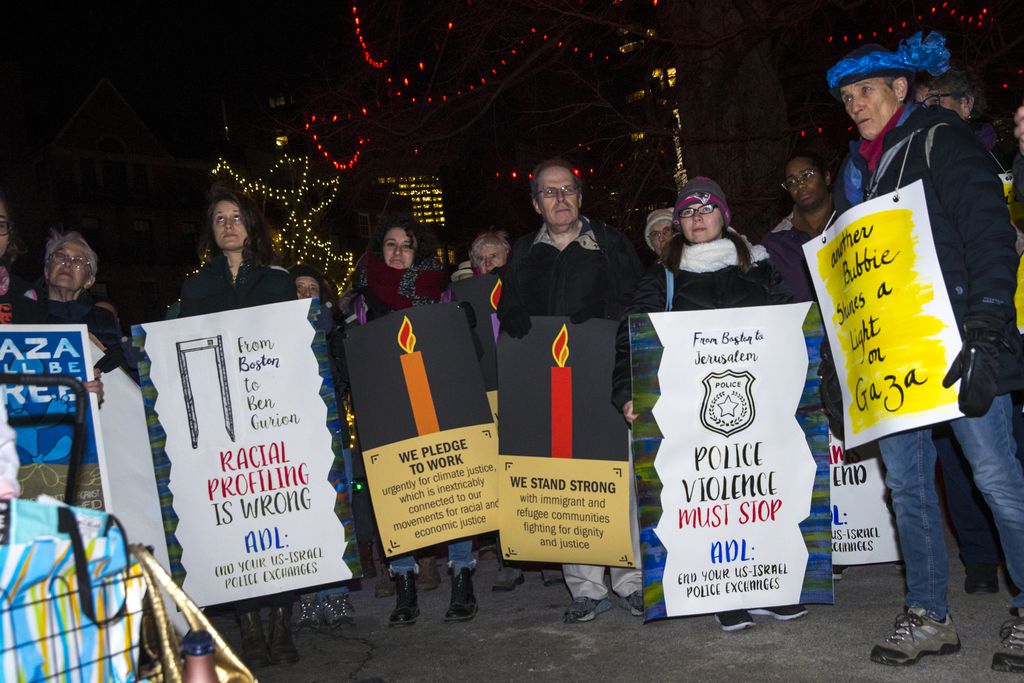 A group of activists Monday called on Boston police officials to withdraw from a counterterrorism leadership program in Israel, saying the training “exacerbates problems in this country.”

“We’re concerned because here in the US there is increased militarization of police when people go out and protest state violence,” said Marc Gurvitch, a member of Jewish Voice for Peace Boston. “And we see the same thing in Israel.”

The Anti-Defamation League has sponsored trips to Israel for US law enforcement leaders from about 200 departments since 2003. The weeklong program is led by senior commanders in the Israeli National Police and experts from Israel’s intelligence and security services.

Participants learn about Israeli security forces’ strategies to “deter and disrupt terrorist attacks,” according to the Anti-Defamation League. Those are practices Jewish Voice for Peace and other critics believe lead to unfair treatment of Palestinians by the Israeli government.

A Boston police spokesman said the department has sent leaders on the trip in the past, but did not know whether there are plans to participate in future seminars.

The ADL’s Boston branch declined a request for comment. The organization has in the past criticized Jewish Voice for Peace, saying the group unfairly connects its program with American police misconduct.

“It is perfectly legitimate to criticize Israeli policies. But JVP single-minded desire to paint Israel as a source of racism and violence has led it far beyond legitimate criticism of Israel,” ADL officials wrote in an unsigned statement on their website in 2017.

On Monday, the second night of Hanukkah, a group of about 50 activists marched from the Massachusetts State House steps to the Anti-Defamation League’s office near Government Center.

They stopped outside the Park Street MBTA station, and again among the shoppers at Downtown Crossing, to read eight short statements representing the eight candles on the menorah. The statements discussed topics including police brutality, racism, and climate change.

Melissa Nussbaum Freeman, a Boston organizer for Jewish Voice for Peace, wore a sign around her neck that read “Another queer Jewish bubbie for Palestinian freedom.”

“It means grandma!” she called out to bystanders on the Boston Common, translating the Yiddish word.

“We decided to do this event on Hanukkah — on a real Hanukkah day, not on an arbitrary day — because we are angry at the ADL for acting in our name and sending US law enforcement officers to Israel to learn from police and military worst practices,” Nussbaum Freeman said. “It does militarize their actions, even more. So we’re asking — we’re demanding of the ADL that the money that they’re spending goes back into our communities, because real safety comes through solidarity.”

Jewish Voice for Peace branches have been calling for police departments to withdraw from the trips for two years as part of a campaign called “Deadly Exchange,” Gurvitch said.

Last year police in Northampton and Durham, N.C., decided not to attend the seminars.

Vermont State Police, which had sent a director on the trip in the past, also decided to withdraw last year.

“A previous Vermont State Police director attended the seminar in the past and found it informative and useful,” Vermont State Police spokesman Adam Silverman said in an e-mail. But after hearing concerns about the seminar, the department’s leader and the state’s commissioner of public safety “weighed the pros and cons of the trip” and decided to withdraw.

“This decision should not be interpreted as an endorsement of the positions held by the groups that spoke out against the trip,” Silverman said.

Protesters call on Boston police to withdraw from Israel trip