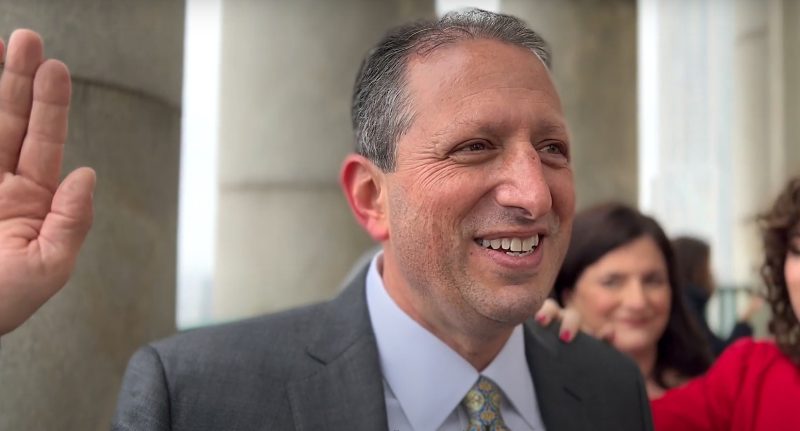 Lander told the Washington Free Beacon that he has “full confidence” in communications director Naomi Dann, who has accused Israel of “racism and colonialism” and worked with an activist group that facilitated donations to a pro-BDS coalition that included Hamas and other designated terrorist organizations.

The news comes amid controversy over the BDS movement in New York, where state comptroller Tom DiNapoli recently pulled pension fund investments from Ben & Jerry’s parent company due to the ice cream brand’s boycott of the Jewish state.

Lander, a former city council member, maintained to the Free Beacon that he does not personally support the BDS movement despite his criticism of DiNapoli’s decision to penalize Ben & Jerry’s.

“Mr. Lander does not support BDS,” Lander’s office told the Free Beacon, adding that “he has strong confidence in Naomi Dann’s work as communications director.”

Dann’s unabashed anti-Israel activism is at odds with Lander’s professed opposition to BDS, pro-Israel leaders told the Free Beacon. A self-described “progressive Zionist,” Lander has repeatedly stated his opposition to the boycott movement. In July, however, the Democrat expressed his support for Ben & Jerry’s after the ice cream company decided to pull out of the West Bank, which it called the “Occupied Palestinian Territory.”

Dov Hikind, a pro-Israel activist and former Democratic New York state assemblyman who supported Lander when he ran for city council, said he spoke to Lander over the weekend and “he reiterated to me that he is 100 percent against BDS.”

Zionist Organization of America president Morton Klein slammed Lander’s support for Ben & Jerry’s, calling it “ludicrous” for the Democrat to support the company while calling himself a Zionist.

“For Democrat Brad Lander, supporting any boycott of Israel simply adds credence to those who believe the Democratic Party has become more and more hostile to Israel over the last few years,” Klein told the Free Beacon.

Prior to her work with Lander, Dann worked as the media program manager at Jewish Voice for Peace, a prominent anti-Israel group that is active in the BDS movement. In that role, Dann partnered with the U.S. Campaign for Palestinian Rights (USCPR) in an attempt to cancel then-Israeli prime minister Benjamin Netanyahu’s March 2015 speech to Congress.

A Virginia-based nonprofit that manages hundreds of pro-BDS organizations working to “advocate for Palestinian rights and a shift in U.S. policy,” USCPR has served as a fiscal sponsor of the Gaza-based Palestinian BDS National Committee (BNC), Tablet reported in 2018. Included within that committee is the Council of National and Islamic Forces in Palestine, which counts five U.S.-designated terrorist organizations as members: Hamas, the Popular Front for the Liberation of Palestine, the Popular Front-General Command, the Palestine Liberation Front, and Palestinian Islamic Jihad. As a BNC fiscal sponsor, USCPR uses its charitable nonprofit status to raise tax-exempt donations for the terror-tied group, which reportedly collaborated with Palestinian terrorists as recently as 2015.

Klein condemned Dann’s work with the USCPR and urged “leaders of the Democratic Party to join [the Zionist Organization of America] in demanding the rescinding of this appointment.”