“Many people are still just stunned and reeling that the union could put out something so hateful towards Jews.” 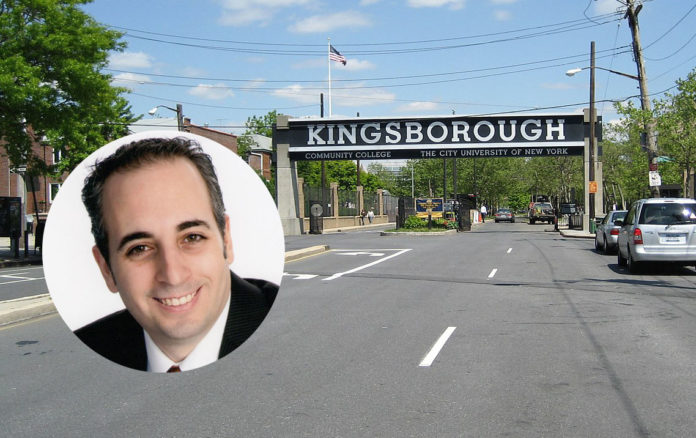 Jeffrey Lax, an Orthodox Jewish professor at the City University of New York’s (CUNY) Kingsborough Community College, announced on June 18 that he is resigning from CUNY’s professors union over the recently passed anti-Israel resolution.

The Professional Staff Congress (PSC)-CUNY voted overwhelmingly in favor of a resolution on June 10 condemning “the continued subjection of Palestinians to the state-supported displacement, occupation, and use of lethal force by Israel” as well as “racism in all forms, including anti-Semitism, and recognizes that criticisms of Israel, a diverse nation-state, are not inherently anti-Semitic.” The resolution also cited recent reports from Human Rights Watch and B’Tselem accusing Israel of apartheid and calls for discussions for the union to potentially endorse the Boycott, Divestment and Sanctions (BDS) movement.

“Through an abhorrent resolution, the union now seeks to use my union dues for anti-Semitic purposes,” Lax wrote in a letter to PSC President James Davis. “The resolution can self-proclaim itself as not anti-Semitic all it wants, but that does not make it so. In fact, several of the items demanded in the resolution do not just seek ‘discussion’ of BDS as it claims, but actually demand current BDS action.” Lax told the Journal that the end of the resolution calls for the Biden administration to cease all military aid to Israel. “That’s divestment! What do they think the ‘D’ [in BDS] stands for?” He argued that the PSC is trying to say they’re not involved in BDS because doing so would prevent the state of New York from working with them under New York Democratic Governor Andrew Cuomo’s executive order.

Lax also criticized the resolution for omitting any reference to the “Hamas missile attacks against Israeli civilians in the recent conflict” and noted the resolution is correct to label Israel a “diverse nation-state” because “there is not a Jew to be found in Gaza or the West Bank (not to mention the mere handfuls remaining in countless other Middle-East countries)” while “Arabs make up over 20% of the population in Israel, serve on the Supreme Court, serve in the Knesset, and lead political parties and movements.”

“Yet despite all of this, and despite the PSC even admitting that Israel is a diverse nation that can (and should) be subject to legitimate criticism, it declares it to be an ‘Apartheid state,’” Lax wrote. “The PSC cannot have it both ways. It cannot self-absolve itself of anti-Semitism by admitting that Israel is a diverse nation-state and then also call Israel ‘Apartheid.’ Doing so, again, reveals nothing more than an anti-Semitic tactic and trope, as defined by the State Department and the International Holocaust Remembrance Alliance definition of anti-Semitism.”

“THE PSC CANNOT HAVE IT BOTH WAYS. IT CANNOT SELF-ABSOLVE ITSELF OF ANTI-SEMITISM BY ADMITTING THAT ISRAEL IS A DIVERSE NATION-STATE AND THEN ALSO CALL ISRAEL ‘APARTHEID.’”

Additionally, Lax noted that he had filed a complaint to the Equal Employment Opportunity Commission (EEOC) in May 2019 against the union and the college, alleging “claims of religious discrimination, retaliation, and hostile work environment taken against Observant Jews and Zionist Jews, including me.” Such claims included that the campus Progressive Faculty Campus (PFC) prevented Lax and other observant and Zionist Jews from becoming a part of the PFC, even going as far as scheduling a meeting during Shabbat to prevent them from attending; the complaint also claimed that PSC officials were involved in the PFC’s alleged actions. The EEOC concluded in February 2021 that Lax and other were “discriminated and retaliated against because of their religion” and that the PFC’s “asserted defenses do not withstand scrutiny,” according to documents obtained by the Journal.

“It is stunning to me that, five months later, the union still has not taken any corrective action, whatsoever,” Lax wrote. “It has not attempted to remedy the substantiated hostile environment and discrimination against Zionist and Observant Jews, it has not tried to make me whole or remedy my harms, and it has not disciplined those individuals at the PSC who were found liable of a number of heinous, overtly anti-Semitic acts.”

Lax concluded his letter by stating: “After 16 years, I am truly saddened and devastated to see what has become of my union. That you would allow it to double and triple down on its [anti-Semitism], even after it has been found liable for widespread anti-Semitism against a number of its own Jewish members (including me) is demoralizing. With great disappointment, I can no longer be a part of it.”

Lax told the Journal that he is not the only PSC member to resign, claiming that at least 60 people have resigned—including a chapter chair—and that the PSC recently had an “emergency meeting” over the matter. “Many people are still just stunned and reeling that the union could put out something so hateful towards Jews.”

A spokesperson for the PSC told the Journal that Lax’s comments about the EEOC’s February 2021 report were “inaccurate.” “The Professional Staff Congress has a strong and stable membership base because our union has a long history of successfully fighting to improve the working conditions of our members and tenaciously advocating for accessible, quality public higher education and social justice and against all forms of racism and bigotry, including anti-Semitism.

“We take members’ objections about the resolution –about any union position—as a call to engage. If a member seeks to resign their union membership, we reach out and we listen. Every member’s voice matters in our union; it is our collective membership that gives us power. The vast majority of PSC members, including many who have expressed opposition to the resolution on Palestine, know that leaving the union means diminishing our collective influence and surrendering their vote and their ability to shape the PSC into the union that they feel best represents them.” The spokesperson did not respond to the Journal’s request for comment as to why Lax’s characterization of the EEOC report was “inaccurate.”

Kingsborough Community College did not respond to the Journal’s request for comment.

“Many people are still just stunned and reeling that the union could put out something so hateful towards Jews.”