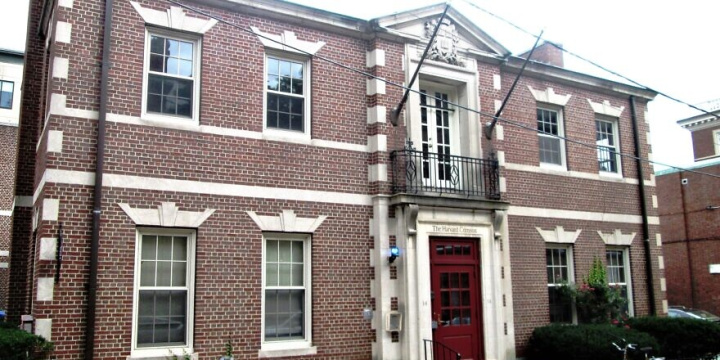 Freedom of inquiry, meaning vigorous analysis and debate of controversial issues, is supposed to constitute an integral element of higher education. American universities have traditionally rejected didactic orthodoxy, and permitted diverse views on such provocative topics as wars, abortion, sexual orientation — as well as forms of political organization, like socialism and capitalism.

Two legal sources have anchored this notion of freedom of inquiry as a fundamental precept protecting speakers in the academic community (especially faculty and students) against harassment, threat, or discrimination based on their views.

In public universities, federal and state constitutional guarantees of freedom of speech and assembly insulate against abuse or disadvantage grounded on viewpoint deviation from ideological orthodoxy. A public university may be a bastion of free enterprise or abortion rights or pro-war sentiment, but it cannot suppress divergent views without breaching constitutional constraints.  A venerable illustration dates from the 1970’s when the US Supreme Court intervened in Healy v. James to prevent a public university from denying recognition to a student organization (Students for a Democratic Society — SDS) because its views were deemed too radical.

A prerogative to dissent from prevailing orthodoxy or dogma has also been recognized within the professional ethical norms governing both public and private universities. The Association of American Universities’ 2013 statement on academic freedom acknowledges higher education’s fundamental commitment to freedom of debate and deliberation, including expression of ideas or opinions distasteful to some members of the academic community. That principle has been endorsed by numerous faculties at private universities including Princeton, Yale, and the University of Chicago, as well as by regents at the University of Wisconsin. All these sources acknowledge protection of debate on controversial ideas as an essential part of universities’ educational mission.

Contrary to this norm of free inquiry and debate, deviations have sometimes surfaced in American academia. One current problematic issue concerns the scope of affirmative action as an element of social justice or equality. A new generation of social justice warriors demands that benefits like acceptance to universities or presence in honorary academic organizations be accorded according to identity group status rather than merit or achievement or individualized circumstances. For these warriors, “equity” or “equality” means the proportional presence of certain minorities deemed victims of invidious societal discrimination. Members of these designated minorities are supposedly entitled to benefit regardless of their individual privileged circumstances, and regardless of whether they meet the competitive criteria previously deemed requisite.

This revamped version of affirmative action (hereinafter AA) ought to be subject to critical academic analysis. The permissible scope of affirmative action based on race or ethnic identity is an unresolved issue on both legal and moral grounds. The Supreme Court (well before Trump nominees) has long held that classification grounded on race or color is ordinarily an arbitrary and invidious way to distribute public benefits. Identity-based allocations tend to engender racial antagonisms while depriving persons of a fair opportunity to compete as to merit or excellence or need. The Court has upheld AA in admissions, subject to certain constraints. An acceptable AA program must be carefully tailored to accomplish an important goal such as remedying identified past discrimination or creating racial or ethnic diversity in a fashion promoting learning. (While the Court’s equal protection jurisprudence applies only to public universities, similar legal constraints apply under Title VI of the Civil Rights Act of 1964 to private universities receiving Federal dollars).

The scope of AA is, then, an appropriate issue for academic examination. Yet in recent years, scholars whose social justice views diverge from social warriors’ insistence on strict racial proportionality and preference have been maligned, disadvantaged, and silenced.

In one example, Dorian Abbot, a distinguished geophysicist from the University of Chicago, was disinvited from an honorary lecture at MIT because he had expressed doubts about affirmative action based strictly on group identity rather than merit. Though Abbot’s view was irrelevant to the scientific lecture topic, enough people at MIT deemed his view so “infuriating” and “inappropriate” that MIT rescinded the invitation. Another academic, Ilya Shapiro of Georgetown University’s law school, was hounded out of academia for expressing similar qualms about the desirable scope of AA.  Shapiro objected to President Biden’s 2021 declaration that his sole focus in pursuit of a supreme court nominee would be that the candidate be a Black woman. Shapiro tweeted a comment, wondering why the president would categorically exclude an Indian candidate whom Shapiro thought would be the best candidate, according to merit-based criteria, in preference to “lesser black women.” (When attacked for referring to “lesser” black women, Shapiro explained that he meant that all candidates other than his exalted choice would be lesser, not just black women.) Even though Shapiro apologized for clumsy phraseology in expressing his position, Dean William Treanor at Georgetown suspended Shapiro and promised an investigation of possible “discrimination” or harassment toward Black people.

Months later, the dean reinstated Shapiro, but not because Shapiro’s protest against a rigid racial and gender preference was protected expression. Rather, reinstatement was grounded on the technicality that Shapiro’s expression predated the moment of his hiring by Georgetown. Treanor continued to render Shapiro a pariah by again labeling Shapiro’s commentary as “harmful” and “antithetical” to the Georgetown community. Shapiro was so disturbed by Georgetown’s punitive treatment of his expression that he declined reinstatement and left academia. (When Shapiro earlier appeared by student invitation for a talk at UC Hastings’ law school, he was shouted down and precluded from speaking. Such disruptive preclusion of an invited speaker also constitutes a blatant violation of the academic free speech norms endorsed by universities).

One common excuse for silencing dissenters from aggressive AA programs is preservation of the comfort of students and faculty. The notion is that a dissenting professor’s expressions might be so offensive and upsetting to a Black student (or other protected minority) as to deprive the students of their entitlement to an appropriate learning environment. This claim has surfaced several times regarding a professor’s mention of the “N” word in an academic setting. The N word (and the “F” word in the presence of LGBTQ students) is claimed to be so toxic and demeaning as to be intolerable despite the academic context and the speaking professor’s educational rationale (as opposed to use as a purposeful slur). Such academic use of a toxic word has sometimes entailed vilification and isolation by students and faculty colleagues. At Emory Law School, 100 students and faculty staged a walkout from classes to condemn a torts professor’s accurate reference to a case to be taught as “the God hates F*** church case.” While university students and academic colleagues might argue that the utterer of an “unspeakable” word is being insensitive, such academic expression ought clearly to be protected against formal sanction by any higher education institution.

In contexts other than AA, universities have somehow had no hesitation in protecting speech claimed to be offensive to one ethnic segment of the community. On numerous campuses, Students for Justice in Palestine (SJP) chapters have promoted their anti-Zionist agenda by expressive events denigrating and delegitimizing Israel via assertions of “colonialism,” “apartheid,” “genocide,” and even “white supremacism.” Some Jewish students are highly offended by such distorted and slanderous rhetoric. They also claim disruption to their educational experience by intimidation or isolation discouraging not only expression of their pro-Israel perspectives, but even their public self-identification as Jews. University administrators have responded to these objections by Jewish students with reminders that universities must be protective of speech even though it may be deeply offensive to some community members. (See Harvard President Bacow’s response to Jewish outrage over the Harvard Crimson‘s recent editorial endorsement of the Palestinian anti-Israel narrative).

The same Georgetown dean who suspended and condemned Ilya Shapiro rejected Jewish students’ outrage at an SJP guest who labeled Zionists “barbaric neo-Nazi pigs;” Dean Treanor reminded the objectors that free discussion permits expression deeply offensive to some members of the academic community. That administrative reminder may be an appropriate response. Under a regime of free inquiry, students offended by provocative or offensive opinions are entitled to present corrective views, but not to preclude or punish utterance of controversial views.

An important question is why similar protection for provocative views isn’t employed in the AA context as well? Why are social justice warriors allowed to suppress dissent from their particularized vision of equality? One answer is that under the identity politics gripping many universities, Jews are not considered a sufficiently marginalized group to warrant the empathetic treatment accorded to other racial or ethnic minorities. This moral myopia glosses over two millennia of widespread animosity, isolation, and mistreatment directed toward Jews, including decades of discriminatory treatment within American universities. And it ignores the recent resurgence of hostility and violence against Jews as illustrated by FBI figures showing that 60% of religious hate crimes are directed against the 2.4% of the population that is Jewish.

Norman Cantor is Emeritus Professor of Law at Rutgers Law School where he taught for 35 years. He also served as a visiting professor at Columbia, Seton Hall, Tel Aviv University, and Hebrew University of Jerusalem law schools. He has published 5 books, scores of law journal and medical journal articles, and numerous blog pieces.