The Iranian People: Between Maximum Pressure and Maximum Resistance 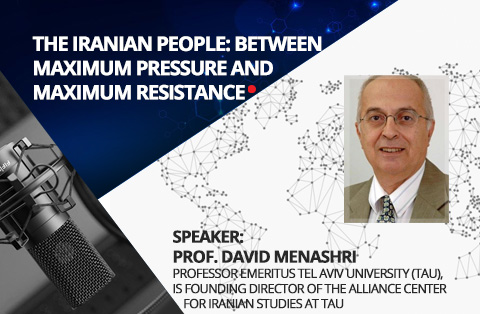 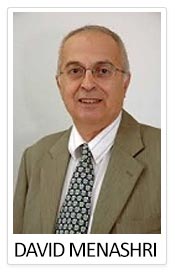 David Menashri, Professor Emeritus Tel Aviv University (TAU), is Founding Director of the Alliance Center for Iranian Studies at TAU and Senior Researcher at the Dayan Center for Middle Eastern and African Studies at TAU. His main field of academic research is religion, society, and politics in modern Iran.

Professor Menashri founded and was the first Director of the Alliance Center for Iranian Studies, and the first Incumbent of the Parviz and Pouran Nazarian Chair for Modern Iranian Studies. He chaired the Department of Middle Eastern and African History and was Dean for Special Programs at Tel Aviv University.

He has been a visiting scholar at Princeton, Cornell, University of Chicago and UCLA in the US as well as in Universities of Oxford, Munich, Melbourne and Waseda (Tokyo).

Professor Menashri has authored and edited more than ten books and published numerous articles on Iran and the Middle East. He is currently writing a new book on Iran’s Regional Policy.

The Iranian People: Between Maximum Pressure and Maximum Resistance