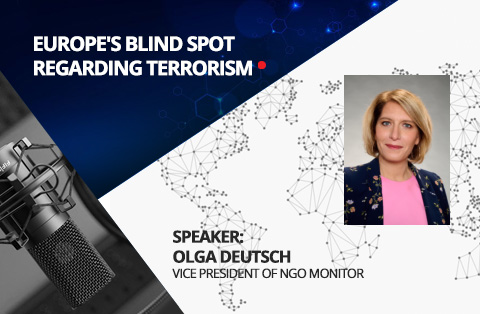 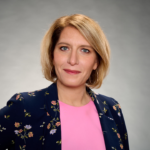 Olga Deutsch serves as vice president of an Israeli applied research institute NGO Monitor. She brings extensive experience in international politics, Europe Israel relations with particular emphasis on international development and humanitarian aid and civil society. Deutsch is an expert in advocacy and building effective strategies to address attempts to delegitimize Israel, BDS and modern antisemitism. In her capacity she works with elected officials around the world. Olga graduated from the University of Belgrade and University of Munich with degrees in banking, insurance, and finance. She was awarded a Fellowship with the Ford Motor Company, graduating as a Community Leader at the School of International and Public Affairs of Columbia University in New York. Before making Aliya in 2009, she served as the Chairperson of the European Union of Jewish Students, an umbrella organization for 34 national unions. In 2008, she received the International Leadership Prize from the American Jewish Committee. Before joining NGO Monitor, Olga has held senior positions in the private sector in Europe and Israel. Olga is fluent in Serbian, English, Hebrew, and German. She is married and a mother of two.