PHILADELPHIA—Scholars for Peace in the Middle East (SPME) and the American Association of Jewish Lawyers and Jurists (AAJLJ) today announced its second Law Deans Mission to Israel.

Both SPME and AAJLJ are dedicated to fostering and strengthening academic ties between the U.S. and Israel, something the organizations believe is critical to combating the growing anti-Israel/anti Semitic sentiment found on many campuses throughout North America. This mission will underscore the Israeli democracy at its best, while showcasing its fair and just legal system.

“The visit is designed to increase awareness and understanding in American law schools of the Israeli legal system and to foster relationships between legal academics in the United States and their counterparts in Israel,” said Dr. Richard L. Cravatts, president of SPME. “Based on last year’s mission, these relationships have already generated collaborative programs between American law schools and Israeli legal institutions.”

“Participants in the trip will meet with members of the Israeli judiciary, including Justices of the Israeli Supreme Court, visit leading law schools in the country, confer with Israeli law-school Deans and professors, and engage in discussions with prominent members of the Israeli Bar,” said Alyza Lewin, President of AAJLJ. “The program will include visits to points of historical, cultural and religious interest throughout Israel.”

“Overall,” said Asaf Romirowsky, Executive Director of SPME, “it is hoped that this mission will provide the participating law deans with a deeper understanding of Israel, and its surrounding, sometimes dangerous, neighborhood —not only from a legal perspective, but also through its religious, political, economic, social, and geographical dimensions, all while gaining a fuller appreciation for why Israel’s democracy is one state in the Middle East where the rule of law is both evident and thriving.” 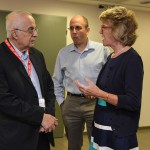 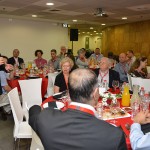 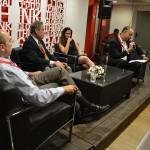 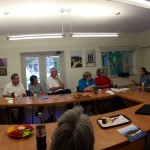 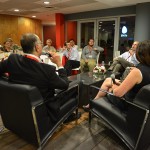 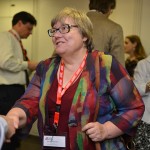