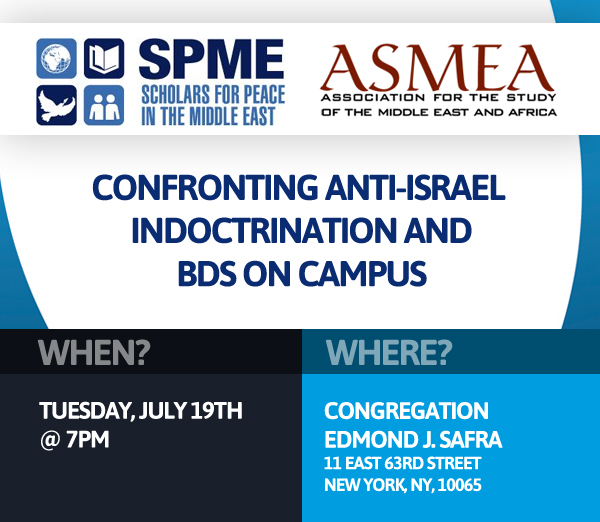 The Boycott, Divestment and Sanctions campaign (BDS) seeks to demonize and destroy the State of Israel. It is most prominent on college campuses throughout the West where radical activists aided by supportive faculty members propagandize against Israel, intimidate pro-Israel students and professors, and disrupt pro-Israel events. The net result is an alarming increase in campus anti-Semitism and a new generation of opinion elites -future journalists, politicians, and diplomats- groomed to hate Israel.

David Silverstein (ASMEA) and Asaf Romirowsky, PhD (SPME) will provide a briefing on the state of BDS on campus and explain how a counter-campaign is acting to restore sanity and academic freedom to the nation’s college campuses.